Celebrating the 2015 Herb of the Year-Savories, A North American Native Savory--Part Four! 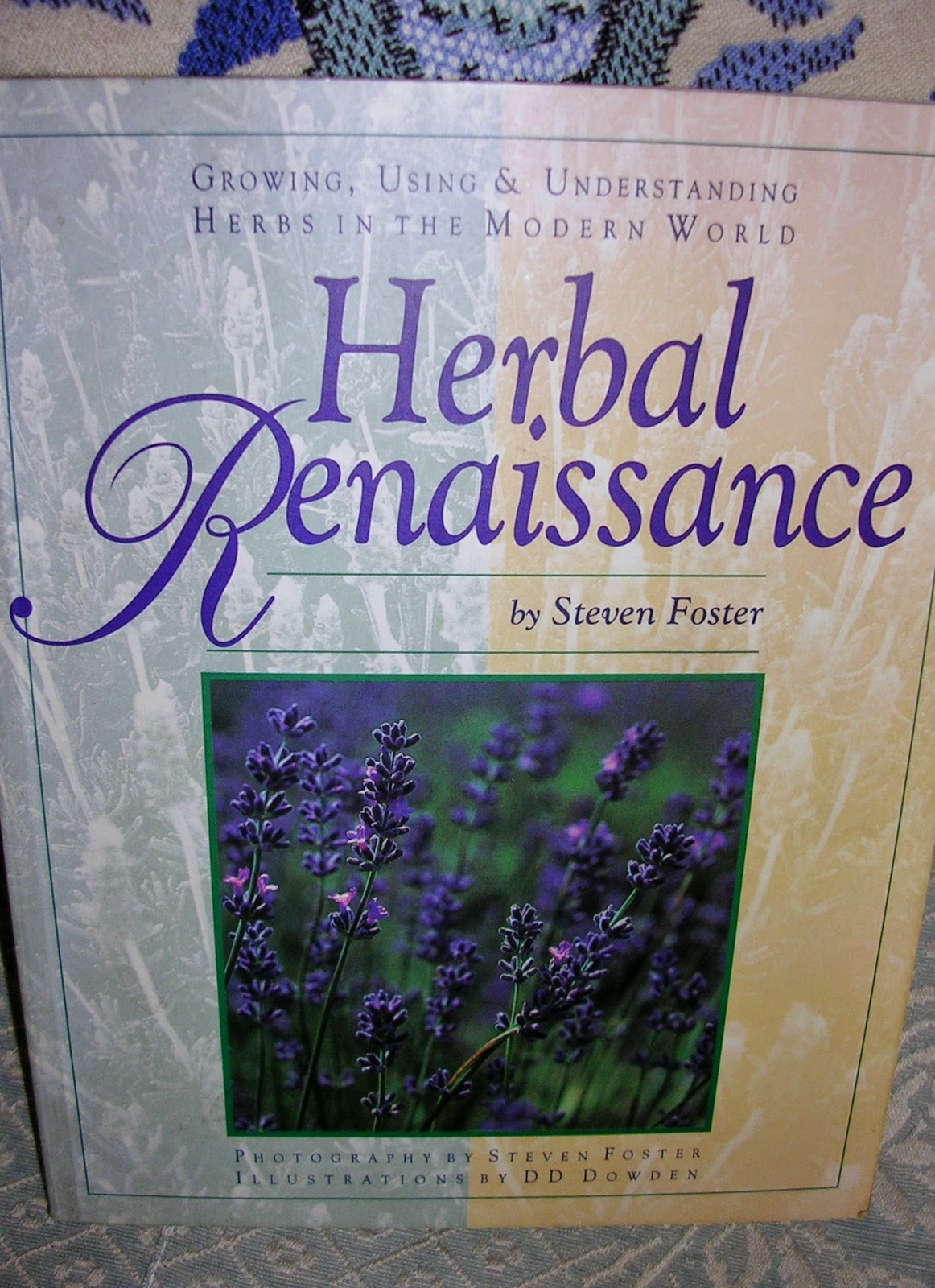 We have a bright and sunny albeit cold with the wind day.  So I thought I should continue writing about other savories and not just winter or summer.  I have this large herb book collection and Herbal Renaissance by Steven Foster is not new, but a modern take on herbs within the last thirty years.  The first version of this book is called Herbal Bounty.  Herbal Renaissance is divided into six chapters with the largest of the chapters called "Your Friendly Neighborhood Herbs"!  That's how I feel about most herbs including the lemon balms, comfreys, etc. that are running rampant in my gardens.  There are purposes for every herb.

Before we jump into the savory discussion.  I want to highlight some of the very interesting quotes from an array of writers in this book.  For example, this from Confucius:


In any company of three persons, there must be one who can be my teacher.

From Frank Lloyd Wright, a hero of The Herbal Husband this:


The truth is more important than the facts.

Mr. Foster also speaks of herbs as "a category of plants that lends itself to a great variety of climates, soil types, rainfall figures and sun exposure."  He goes on to say "Nature's school is one in which we are all--and always will be--students."

The genus of savory has about 30 species, including yerba buena (Satureja douglasii) and calamint (which is no long a Satureja, but in fact Calamintha).

The only statement about summer savory that I hadn't heard before was that an acre of summer savory may produce as much as three tons of herb!  That's A LOT of summer savory!  Since calamint really isn't classified as a Satureja, I will continue the discussion with yerba buena.

Yerba Buena (Satureja douglasii)  translated from Spanish means the good herb.  It was originally the name of San Francisco, California.  It is a evergreen perennial that is low to the ground and does well in shade and moisture.  It does well in other soil types too.  It flowers white or purple from April to September.  It is native to the conifer woods from British Columbia, Canada to Los Angeles, California.

Yerba buena is also spearmint in Spanish.  It is propagated from stem cuttings and layering.  Baby plants may be cut and transplanted from the parent plant in both spring and fall.  When grown in the sun, it has a very tightly compact growth and a camphor scent.  It will need shade from the hot sun in southern regions.  It grows the best in slightly acid, rich, moist, sandy loam.

Because it was not native to Europe, it was not found in European herb gardens.  The leaves are harvested any time during the growing season.  Dried or fresh leaves make an excellent tea.  California Indians used yerba buena as a carminative for colic, a blood purifier, a fever reducer, a reliever of arthritic symptoms and a general tonic and panacea.  A leaf tea of yerba buena was also used as a remedy for an upset stomach.  The Costanoan Indians near the Monterrey Bay in California made a strong decoction for pinworms or held the leaves in their mouths to relieve a toothache.  Deer hunters to erase the human odor while hunting would rub the leaves on their bodies.

So I am hoping to find an yerba buena for the herb garden this year.  It may be easier to find if you live in the Pacific Northwest, California or British Columbia area because for you, it is a native.  So excited to have a native American herb!  I am hoping to read more from Steven Foster's book and check out some of the other "Your Friendly Neighborhood Herbs."

As I said earlier, lots of sunshine today!  Always a bonus in the 'Burgh!  Our snow pack is rapidly dissipating.  Hope you had a wonderful day wherever you may be.  Will may be talk traveling in my next posts since we are expecting rain.  Talk to you later.
Posted by Lemon Verbena Lady at 4:44 PM

Email ThisBlogThis!Share to TwitterShare to FacebookShare to Pinterest
Labels: Herb Garden Weather, Herb of the Year

Sounds like a herb my grandmother had in her herb garden that she got from her uncle that went to California to find gold. He would bring her all kinds of plants from there and tell her their local history and uses. She had a tattered old notebook that she wrote everything down in. I often wonder who ended up with her treasured notebook and all of it's little stories.

That is so exciting, Carol! I hope you still have her notebook! What a treasure! xo

DO you have a place where you can get ramps locally?